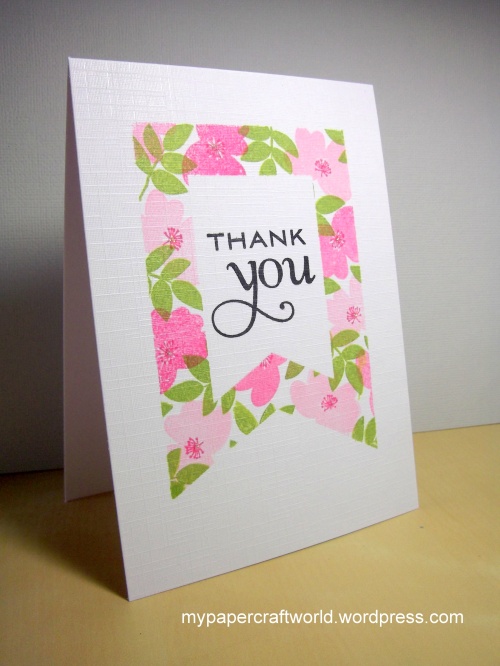 CASology’s cue card of ‘Blush’ was just the most perfect one for me this week, after my surprise event on Tuesday … who wouldn’t be blushing and flushed and delighted … and in need of saying ‘Thank You’!  So I have!  I used one of the techniques outlined by Jennifer at my Online Card Class for this mostly blush pink card.  Jennifer used dies to make her masks … as I don’t have such things (yet!), I drew what I wanted out on paper, cut a couple of masks with a craft knife and attached them to the card base with temporary adhesive.  Then I got to work with an Avery Elle set, stamping in pinks and greens, and creating a bloom filled banner frame.  Once it was all stamped, I sliced a Papertrey sentiment in two (you did what?  Yikes!), stacked it and stamped it into the middle of the banner.  The flowers looked a bit naked as they were, so I stamped a tiny Clearly Besotted seed head to the middle of each and then added Wink of Stella and Stickles to them to add sparkle.

As well as joining in with CASology‘s Blush challenge and linking up to the Online Card Class gallery, I’m also playing along at Simon Says Stamp Wednesday where the theme is Glitter It.

ETA:  Cornelia suggested that I also link this up with the Stamplorations‘ March Challenge, Stamps and Spring … so I am … thanks, Cornelia!

Off to do a few chores to deal with the seriously-in-need-of-cleaning-and-tidying house (I’ve been either renovating or having fun getting to visit lots of lots of you in blogland this week, so not a great deal of time for much else!).   I’ll be meandering around a little later to see what everyone’s been creating this weekend and to catch up some more.  Thanks so much for coming by, your visits and comments are always a joy!  Anita 🙂 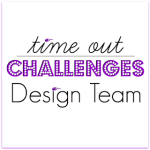